DECKED’s new Truck Tool Box gives truck drivers — whether tradespeople, outdoorspeople, or both — a reason to add a box to their truck bed. And its ladder makes for quicker, easier access.

Truck toolboxes haven’t seen a lot of innovation in years or maybe even decades. They also haven’t evolved to meet the needs of skiers, hikers, cyclists, and overlanders. Finally, DECKED’s new Truck Tool Box offers a durable and securely built storage option that should be a heck of a lot easier to get into thanks to an integrated ladder.

DECKED’s Truck Tool Box is manufactured from high-impact, injection-molded ASA, the same polymer that’s in football helmets, and HDPE, which is nearly 100% recycled. The box tub and lid use anti-corrosion steel hardware with theft-proofing reinforcements, and they won’t dent or puncture. 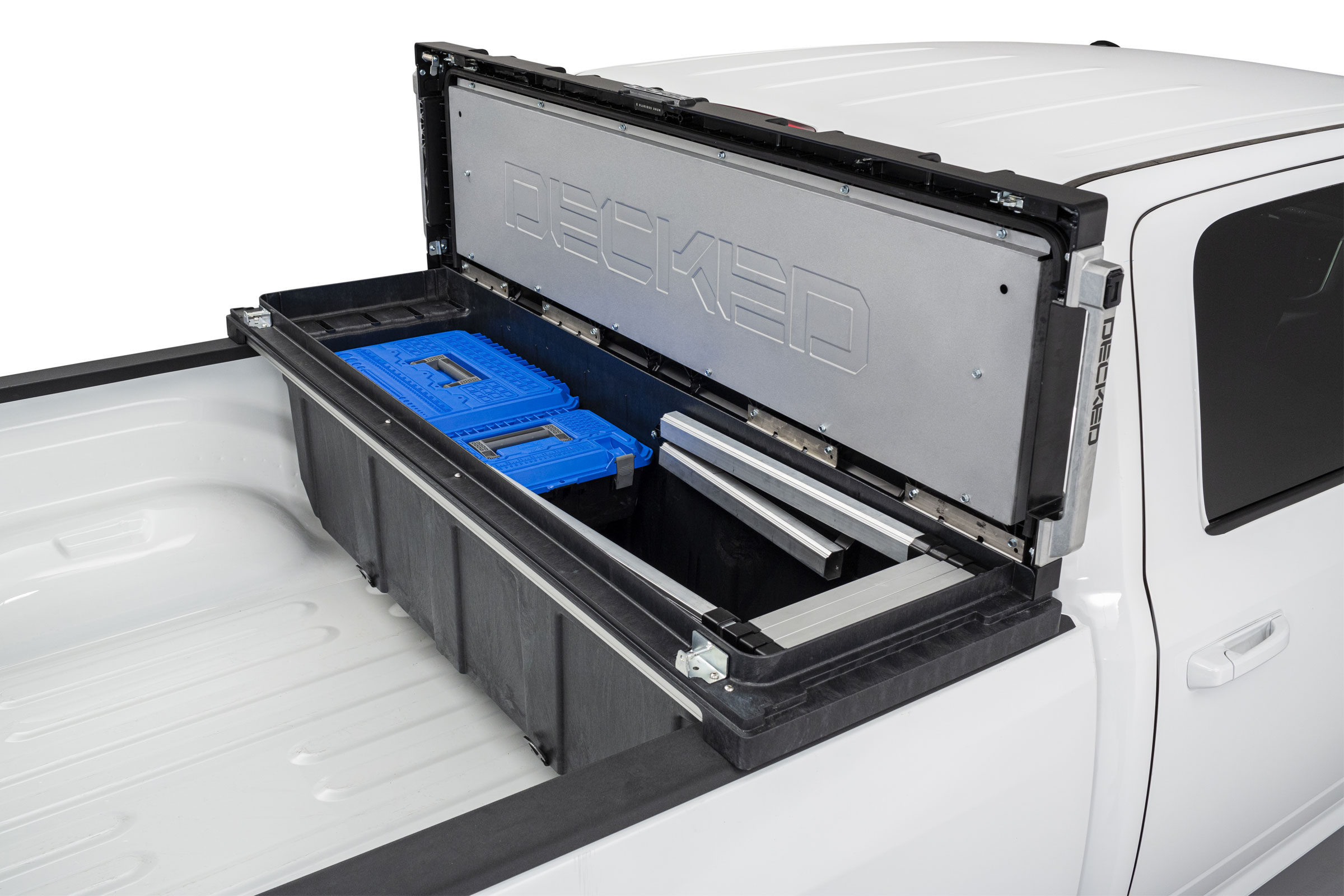 The Truck Tool Box looks tough and safe. Equally compelling is that it’s waterproof thanks to a gasket in the lid, and DECKED focused on making it easy to get in and out of.

Perhaps the box’s coolest feature is its integrated ladder, which nests beneath the lid and, when telescoped open, lets you access more than half the box storage from either side of your vehicle.

That means you can get to the box contents without crawling into the bed to get your gear, and then crawling back in a second time to get whatever you forgot. It also prevents you from getting grossly dirty when you rub against the side of your filthy truck to get out your gear. 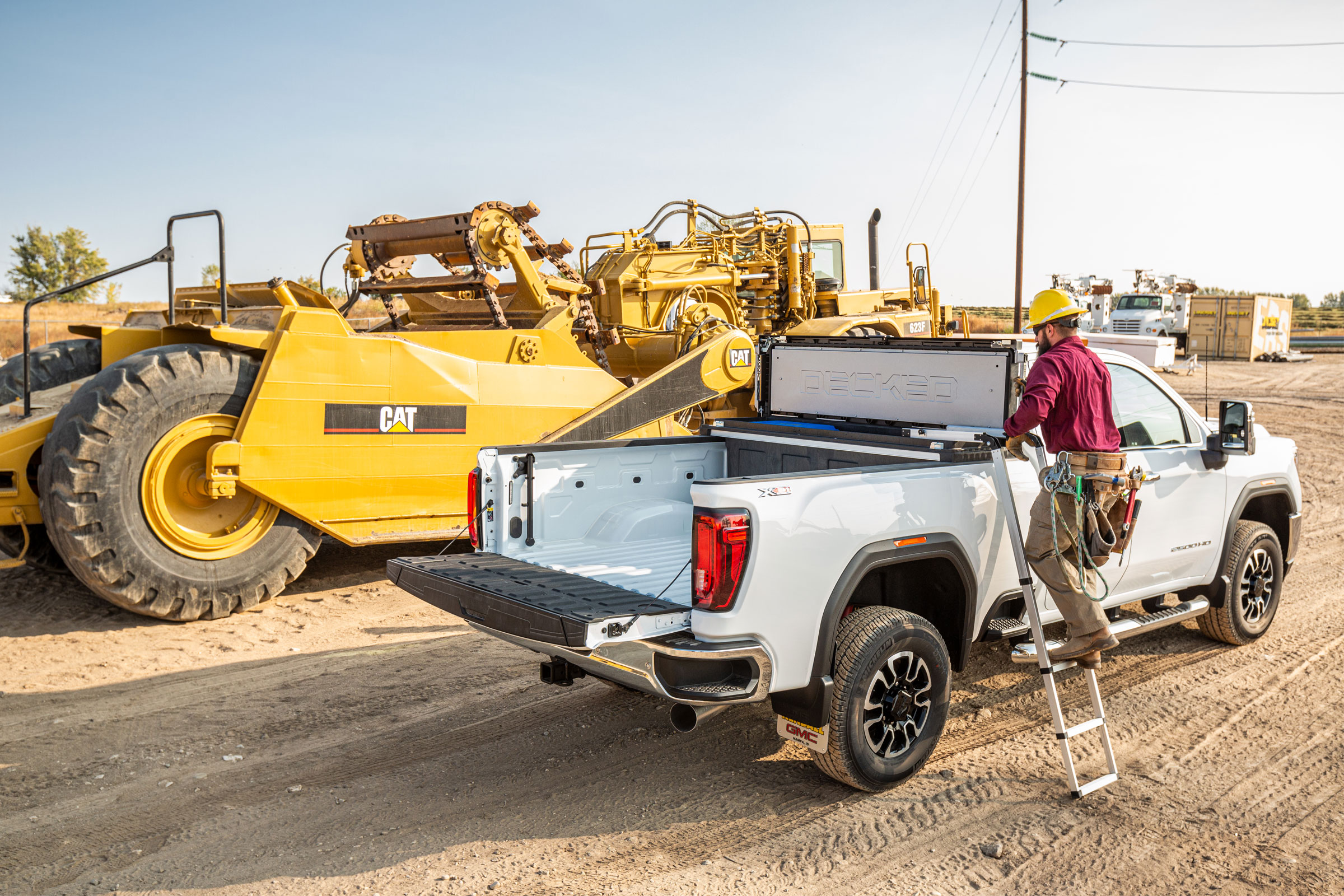 The telescoping ladder takes up minimal space within the Tool Box, and DECKED designed it to fold easily in and out of the truck, with or without gloves. Not convinced you want the ladder? You can opt out and save a few bucks.

And if you love the ladder, you can get one — or one for each side (coming soon).

The Truck Tool Box comes standard with a small, modular tool and gear organization system that rests on an integrated hanging system within the Tool Box.

Not Only for Tradespeople

With its new Truck Tool Box, DECKED has created a pickup accessory that’s not just for tradespeople.

If you’re an outdoors-lover who never has quite enough space in the cab for your tent, sleeping bags, dog food, snowshoes, or whatever, the truck box adds dry storage for about the same price as a roof box.

And it’ll likely last much longer. DECKED claims this is the last truck toolbox you’ll ever buy.

Liked all DECKED storage, the Truck Tool Box has overbuilt, oversized cast-aluminum handles and large, easy-to-push latch buttons, so there’s no fiddling to open or close the box.

Unlocked, the lid opens on a spring-loaded torsion bar that makes it a breeze to lift. The tension bar also keeps the lid open while you’re packing or unpacking. 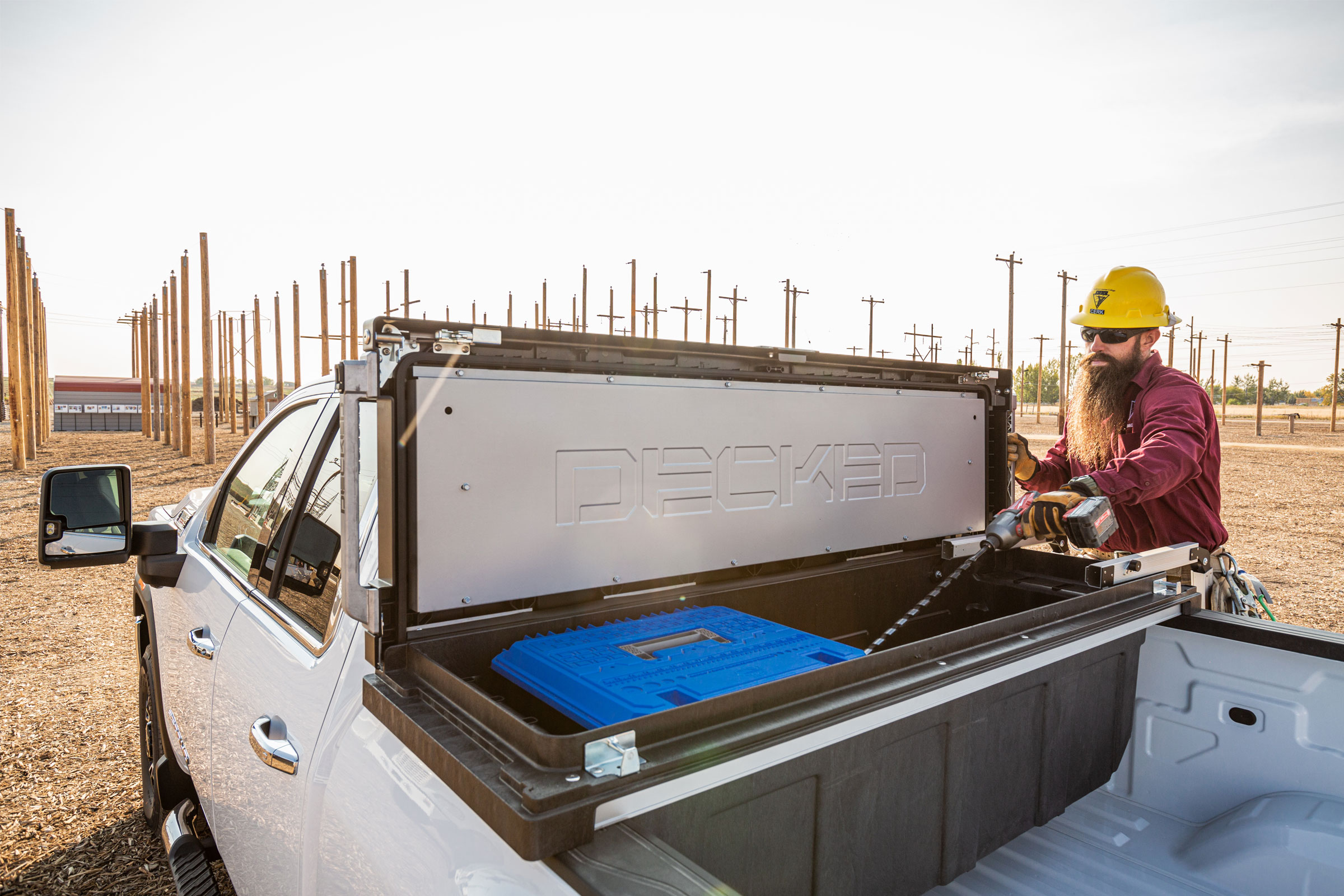 The ladder fits up to 60-inch-tall truck bed rails, and it can be mounted on the driver or passenger side. The box fits all full-size pickup trucks. And it has a structural aluminum girder for accessory mounts as well as two tie-downs.

DECKED manufactures all parts in the Midwest and assembled in and distributed out of Defiance, Ohio. The Truck Tool Box costs $875 ($700 without the ladder).

cloudfrugal - January 6, 2021
0
Photo credit: Altra via REI January 6, 2021 | By Ilana Newman Support us! GearJunkie may earn a small commission from affiliate links in this article. Learn...

PlayStation 5 vs. Xbox Series X: Which Is Better?

PlayStation Plus Free Games announced for January: Maneater, Shadow of the...

‘Tools of the Trade’: Where Fly Fishing Meets Songwriting

The Future of Van Life Is Here. And It’s Electric!