Since the Hi Jinx was released to great acclaim in 2014, CRKT has slowly built a catalog of premium designs. At the same time, it continues to be one of the few mainstream American brands actively placing new knives in big retailers.

CRKT’s dual-track approach has been unusual. Most brands that have two lines have different designs in each of the lines.

Instead, CRKT releases the same knives from one line with better materials in the other. And believe it or not, the results have been pretty impressive.

Up to now, the S35VN Pilar was one of the best CRKTs ever. Now, the Ken Onion Bona Fide attempts to recapture that magic.

In addition to the clean Ken Onion design, both versions of the Bona Fide sport the second generation of the CRKT Field Strip, which allows the user to disassemble the knife without tools. 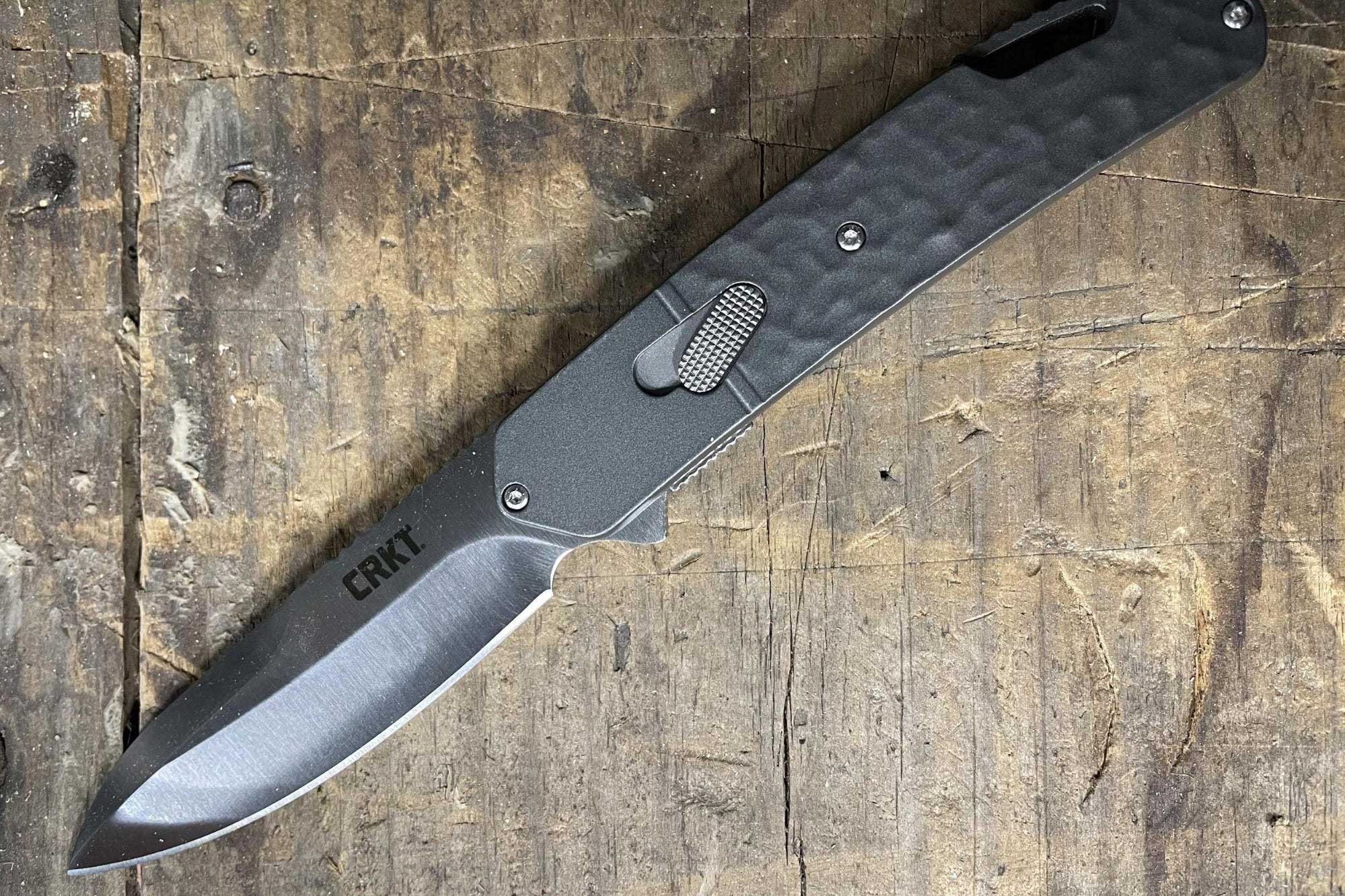 The original version was quite good. I buried my CRKT Homefront knife with Gen 1 Field Strip in sand and, with no tools, disassembled it, cleaned it, and returned it to service a half hour later. This would be fatal to most folders, and those that don’t get slain require tools to repair.

The big upgrade is that Gen 2 Field Strip is much easier to use. There is no need for a rear thumbwheel. Instead, all you do is pull back and down on the button in the middle of the handle. After that the knife pops open.

Reassembling the knife proves just as easy. Place the handle pieces on each other, align them, and press the button into the original position. Basically, Gen 2 Field Strip makes a good feature even better, especially if you use your knife in tough or dirty conditions.

SHOT Show may have moved online. But knife manufacturers are as busy as ever getting their latest and greatest to consumers without the trappings of trade shows. Read more…

The knife is, as you would imagine with a Ken Onion design, solid. The blade is a nice shape with good belly.

Like all Onion designs, it defies blade shape taxonomical categories. The grind is thin behind the edge. The handle is a nice shape and the clip, and the new over-the-top, deep-carry clip for CRKT, is excellent. Plus, the flipping action is quite good. 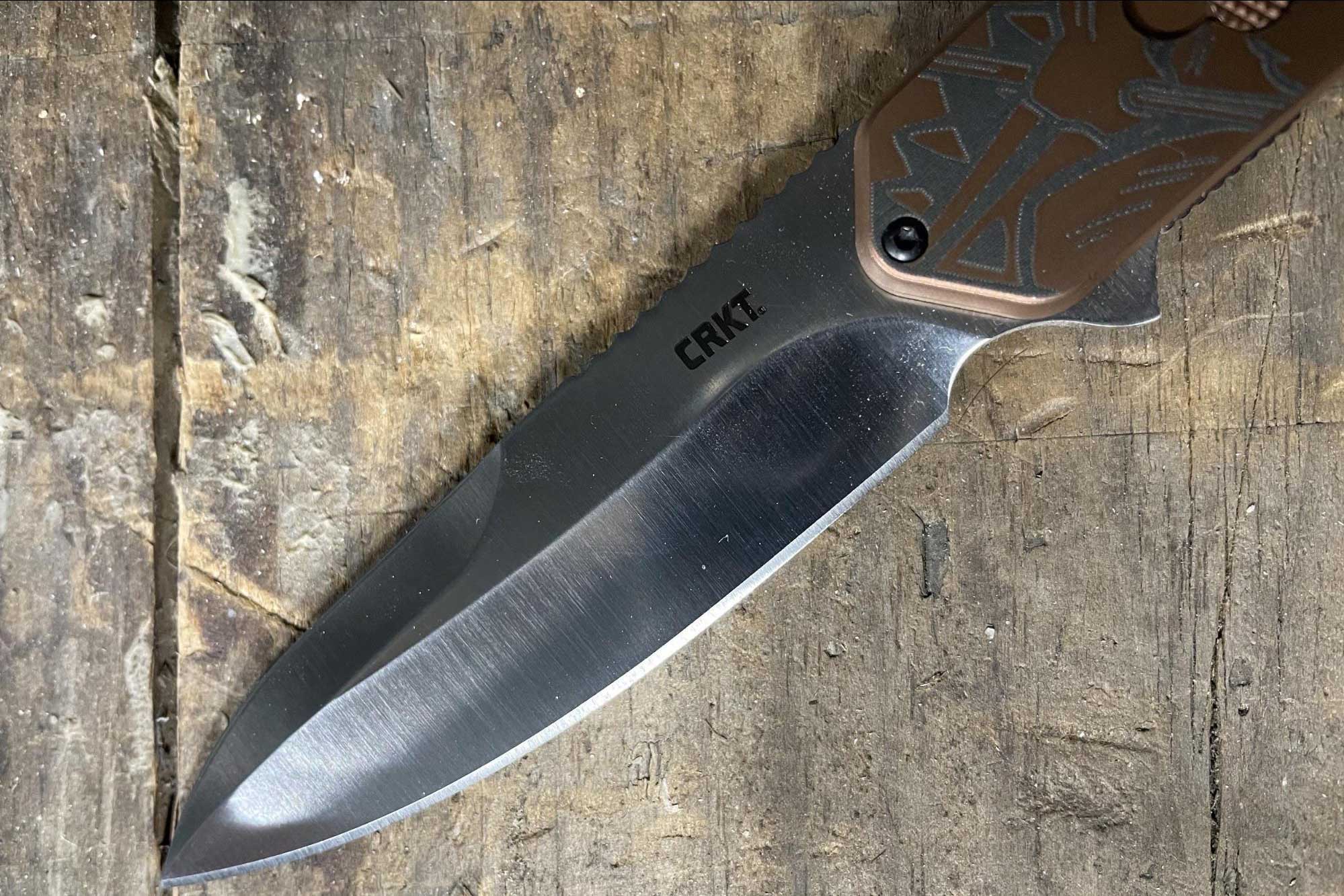 The only place where the two versions of this knife (standard and LE) diverge is steel. D2 is a very good steel for most uses. My only complaint with D2 is that it’s not up to par for a $100 knife.

S35VN, the steel found on the LE version, is certainly better, but it too is a bit below par for a $250 knife.

Neither steel is bad, of course, but you can find higher-performing steels on similarly priced competitors. The LE version has two other issues that are not present on the D2 version. First, its handle is made of titanium, which adds significant weight to the knife. Second, the traditional Hawaiian art adds significant texture to the handle.

It’s more than is needed and often functions like sandpaper on your pants pocket. If you’re a completist, know that the blades are swappable between the two models. 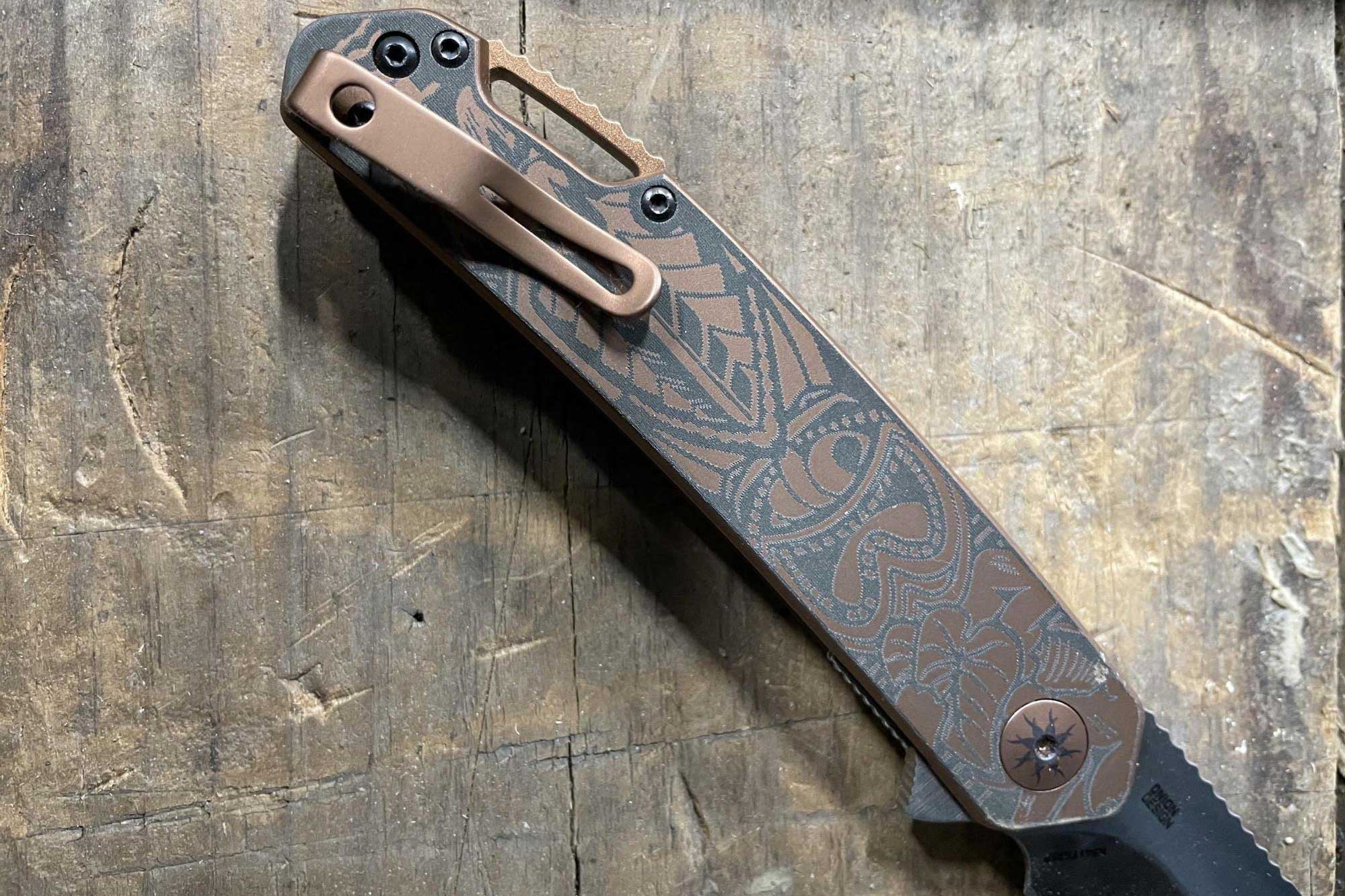 The Bona Fide is a very solid design from CRKT with slightly under par steel for the price on either model. I’d probably opt for the D2 model over the LE version, but both are good knives.

Benchmade Launches Slew of Knives for 2021

With trade shows like Outdoor Retailer and SHOT Show canceled, knifemakers are revealing their upcoming lineups virtually. And Benchmade has a strong lineup coming for 2021! Read more…

The Best Bushcraft Knives of 2021

Whether splitting logs or whittling by the fire, we’ve found the best bushcraft knives for every budget and use. Read more…

The Best CrossFit Shoes of 2021

cloudfrugal - January 29, 2021
0
Designed in the U.S. for North American skiers, Atomic’s newest skis deliver epic days in all conditions on all terrain. Atomic is making big...

The Best Hunting Pants for Men in 2021

Largest password data breach in history has been leaked online

What Is Blue Box? a Vast Conspiracy Around Hideo Kojima Grips...

The Best CrossFit Shoes of 2021

Natural Selection Tour Snowboard Finals: What the Pros Are Riding